As some of you may know, we have embarked on yet ANOTHER project.  This time there isn't much DIY going on, but I do still get to make some decisions.  So lets start at the beginning with some before pics...
When we bought the house there were the raised brick flower beds around the pool but nothing really planted in them. It looked really nice but just a little stark. We added some plants brought from our old house and the second summer I painted the back wall mural. 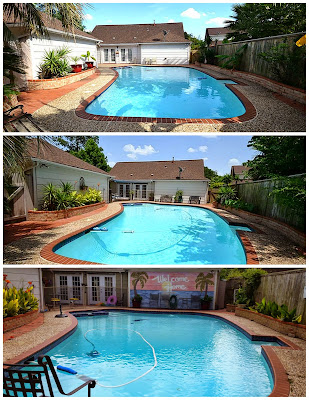 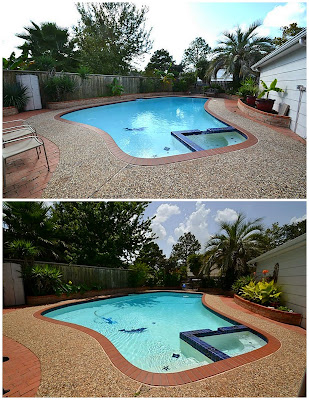 From the beginning you can see the spa was small for even two children and could be rather awkward for two adults. 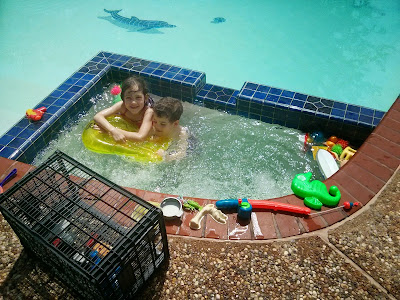 So when it came time to remodel keeping the spa was up for debate. I wanted a tanning ledge or sun deck and Chris thought we should keep it as a spa because the kids love it so much (they do look like they're having fun.) But more on that in a min, 1st things 1st, those raised beds had to go.
I know, they look pretty but I grew to hate the red brick and I hated the fact there was no where to just sit in chairs around the pool without being in the walkway. So we agreed and ditched the planters and pavers 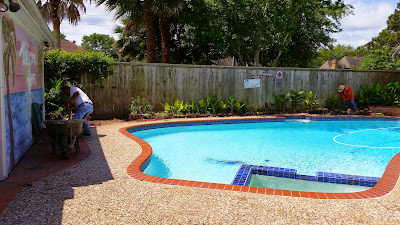 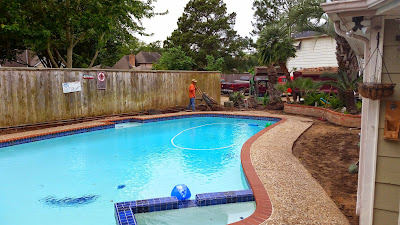 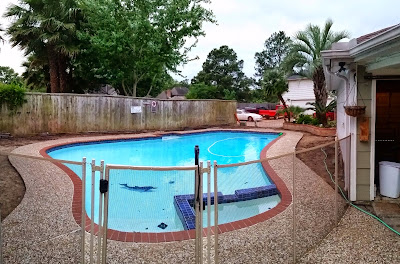 Then they drained the pool, it looks WAY bigger and deeper empty 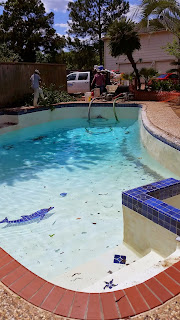 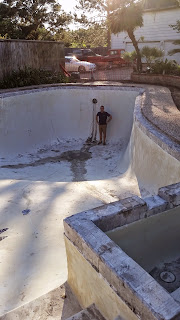 We decided to leave the spa in the dust (haha) 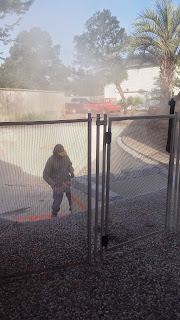 Instead we went with the sun deck/splash pad type space. A man came and did up all the rebar then a gunite truck came and poured ... 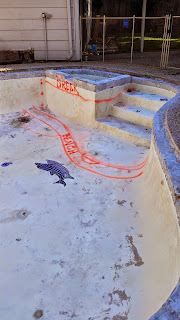 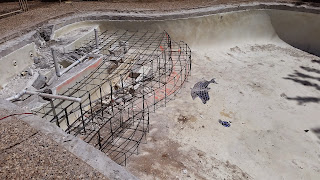 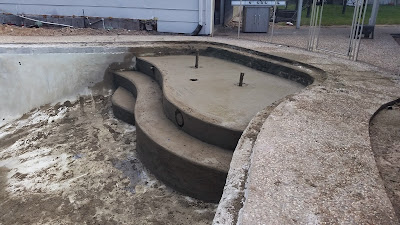 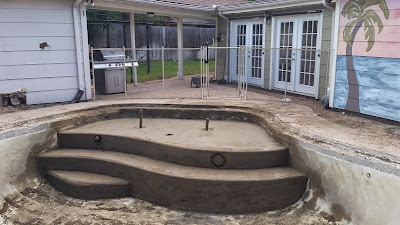 Then they spent two days jack hammering the plaster out. Because our pool is so old, and had been re-plastered a couple of times,  they couldn't just add the new plaster on top of the other layers. It was a mess, looked like an explosion and I was starting to worry that this pool would never look nice again. 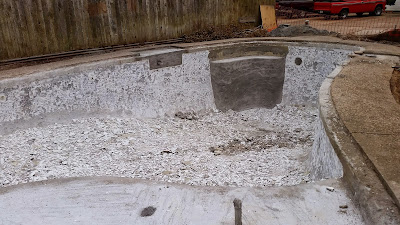 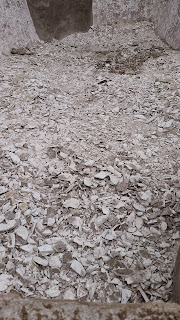 Unbelievably, they did clean it up, and really quickly. I don't know which job was worse, jack hammering everything or hauling it all out of the pool in buckets.

Anyway, lets talk about the fun stuff because its time to start putting things back together instead of breaking everything. That brings us to tile, coping and plaster...not sure about all this pool lingo? Neither was I so I came up with this to help you out 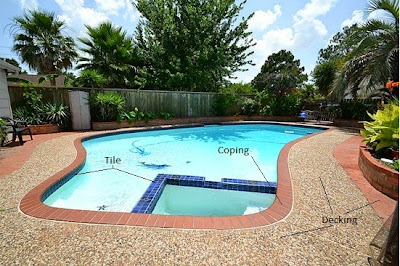 the tile is the blue tiles in the picture, they go around the waterline
the coping is the red brick, it goes around the edge of the pool
and the decking is the pavers/pebble concrete

I agonized on pinterest trying to figure out what I wanted and decided on greenish water with a gray surround. Here are a few inspiration pictures (just look at colors) 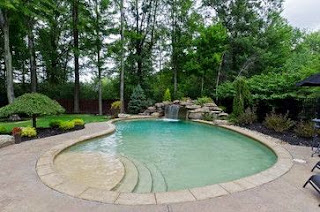 So I chose Wet Edge Northshore Gold  plaster color. It looks gold in samples but think of it this way.  When you have white plaster your water looks blue. So if you have yellowish (or gold) plaster your water looks greenish (see how it works - blue and yellow make green.) Thats all well and good but I can assure its hard to pick colors when you are looking at plaster samples because you know the overall product whtne full of water, will be a lot different.
Anyway, I went with  a gray natural looking tile for the waterline 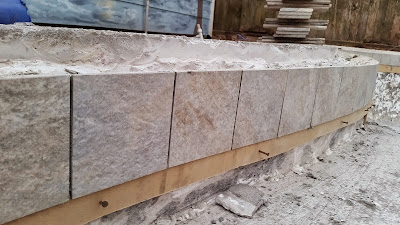 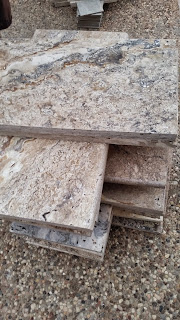 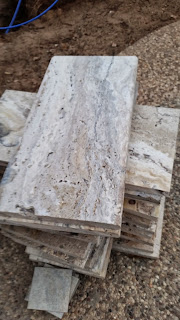 these are scrap pieces after they installed yesterday... 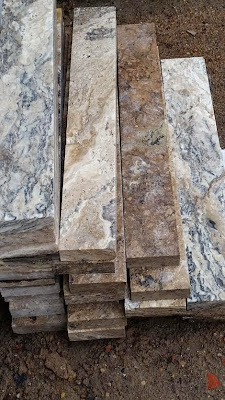 So that brings us to our first day of a stalled project due to rain.  It gave me the whole day to agonize of the next color choice, the spray deck.  Spray deck is the stuff they will spray over the concrete. It keeps the concrete cool to walk on. They will level the existing pebble-crete decking and pour new concrete where all the raised beds and pavers were, it will all get covered with spray deck to create a uniform look.
Its kind of a moot point at the moment to debate about it because I don't have any pictures with the spray deck samples against the coping samples. HOWEVER, the whole point of this post was to get you guys thinking about it...gray (top two inspiration photos) or tann-ish (3rd inspiration photo - this is actually spray deck) color?  I thought I knew I wanted gray (look back to the inspiration photos) but I'm worried that it will look like a parking lot as the designer put it (thanks for putting that in my head.) So what do you think? I'll have more pictures to share when I get samples in.